“A horrible woman who drove her boyfriend, Connor, to his death.” That’s the cruel reputation that haunts Lizzie. But worse still is the truth about Connor, which Lizzie refuses to reveal. With a heavy heart, Lizzie agrees to a friend’s invitation for a night out. There, she draws the eye of a Greek man named Sebastian. She spends the night with him…but little does she know, his true intention is revenge! 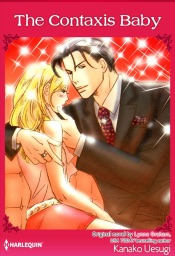