'The Upanishads' are early philosophical texts of the Hindu religion. 'The Upanishads' represent the loftiest heights of ancient Indo-Aryan thought and culture and are regarded as direct revelations of God. Because these teachings were usually given in the stillness of some distant retreat, where the noises of the world could not disturb the tranquillity of the contemplative life, they are known also as Aranyakas, Forest Books. This version is a translation by Swami Paramânanda, who also provides valuable insights through his commentary. Paramânanda was an important Swami, mystic, poet, and an innovator in spiritual community living. 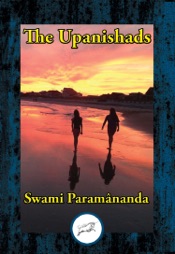